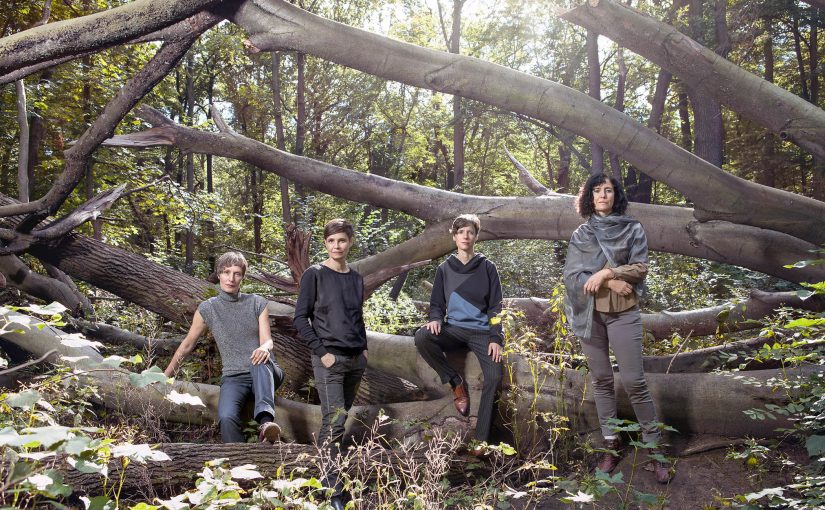 Les Femmes Savantes was founded in 2005 as an interdisciplinary composer-performer ensemble by five Berlin-based female composers/musicians from Germany, Argentina, and Sweden.

Years of collaboration have enabled Les Femmes Savantes to create a specific acoustic identity that exceeds the mere sum of its individual aesthetic languages: The compositions/performances/installations are developed and performed through tight-knit collaboration. Each participant alternately assumes the role of composer, collaborator, interpreter, or director. This shifting distribution of roles results in the development of concert/performance programs in which individual as well as collective works are presented.

About Les Femmes Savantes (CD 2013, olofbright)
„The eight short compositions in this edition (most of them recorded in 2011) are flawlessly produced. Revealing their wide range of configurations, from quintet to solo, the group showcases a collective engagement with a fascinating kind of music-making in the style/form of a women’s artists’ collective. The listener is transported right to the heart of the dynamic spatial sound distribution and finds themself quite close to the instruments: details, energetic combinations, tone colors, textures, and equally explicit rhythms swarm and tingle. The sceeching, disjointed and porous way Sabine Ercklentz (trumpet), Hanna Hartman (amplified objects), Andrea Neumann (inside piano, mixer), Ute Wassermann (voice), and Ana Maria Rodriguez (electronics) process the world gives occasion to swoon.” by Guillaume Tarche, http://grisli.canalblog.com/